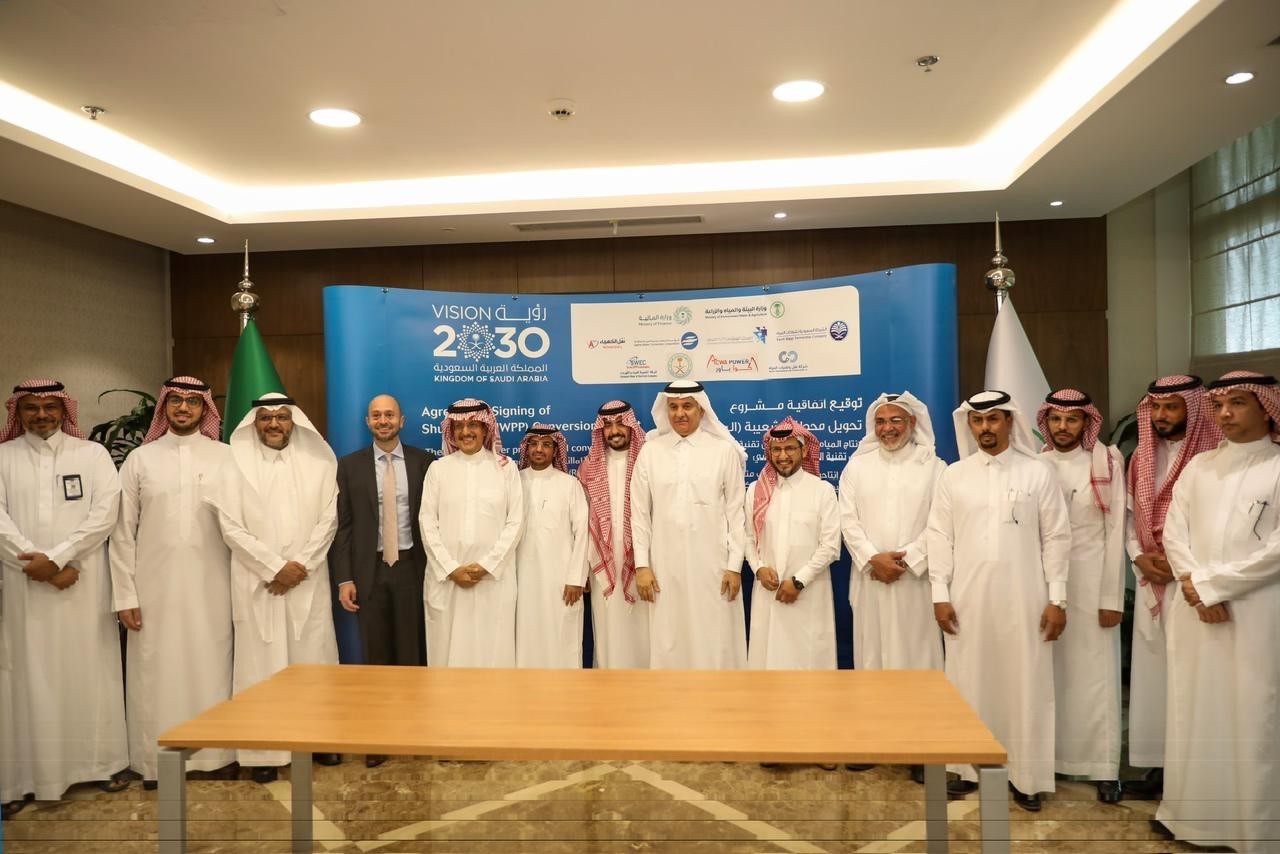 HE Eng. Abdulrahman bin Abdulmohsen Al-Fadli, Minister of Environment, Water and Agriculture in Saudi Arabia and Chairman of the Board of Directors of SWPC, signed a 25-year water purchase agreement for the new Shuaibah 3 IWP today with a consortium led by ACWA Power and Public Investment Fund (PIF)-owned Badeel, at a value of approximately SAR 3 billion. The ACWA Power – Badel consortium will lead the implementation of the project while SWPC will serve as the offtaker.

The agreement was signed in the presence of Mr. Mohannad Ahmed Basudan, CEO of the National Center for Privatization and Member of the Board of Directors of SWPC; Eng. Khaled Al Qureshi, CEO of SWPC; and Mohamad Abunayyan, Chairman of ACWA Power.

Upon completion of the project, Shuaibah 3 IWP will produce 600,000 cubic metres of water a day, catering to the water demand of Jeddah and Makkah al-Mukarramah, especially during peak demand periods such as the Holy Month of Ramadan and the Hajj seasons.

The energy sector is witnessing strategic shifts towards reducing the dependence on liquid fuels as a vital energy source for water desalination and power production. This is the first project in which a thermal water desalination plant is converted into a greenfield reverse osmosis facility that utilises renewable energy to save up to 70% of energy consumption.

“Shuaibah 3 IWP is proof of the strength of our partnership with the Ministry of Environment, Water and Agriculture to raise the efficiency of the water desalination sector in Saudi Arabia. The project is one of the first of its kind in the region and falls within the framework of the program led by His Royal Highness Prince Abdulaziz bin Salman, Minister of Energy, and unparalleled contribution of the Minister of Environment, Water and Agriculture, Eng. Abdulrahman bin Abdulmohsen, to deploy renewable energy as the primary source of power for water desalination.”

Deemed as one of the largest desalination projects in the Kingdom, Shuaibah 3 IWP will utilise state-of-the-art reverse osmosis technologies to ensure the highest level of production efficiency and reliability that can be benchmarked against any comparable plant in the world.  The project will produce potable water at record-low power consumption and be partially energized by photovoltaic solar energy, which will reduce electricity consumption from the grid by 45% and minimise the carbon footprint, advocating the best environmental and sustainability practices during operation. The switch from thermal to RO will reduce the power needed to desalinate seawater by 70%.

Local content of the project will amount to 40% in the construction phase; 50% in the operation and maintenance phase for the first five years; and will eventually increase to 70%.

Shuaibah 3 IWP is expected to be commercially operational by Q2 2025, with the financial returns of the contracted revenues reflected during the same period.

ACWA Power is the largest private operator of water desalination plants in the world, with a production capacity of 6.4 million cubic meters of desalinated water a day. The company has a robust portfolio of 10 SWRO projects in the Kingdom and GCC, in which some projects are partially powered by renewable energy. The pioneering integration of clean energy to fuel water desalination has been installed in several regional mega projects such as the Rabigh 3, Red Sea development project, Jubail 3A, Umm Al Quwain IWP, and Taweelah IWP. ACWA Power currently produces enough water to meet the needs of 24 million people daily.