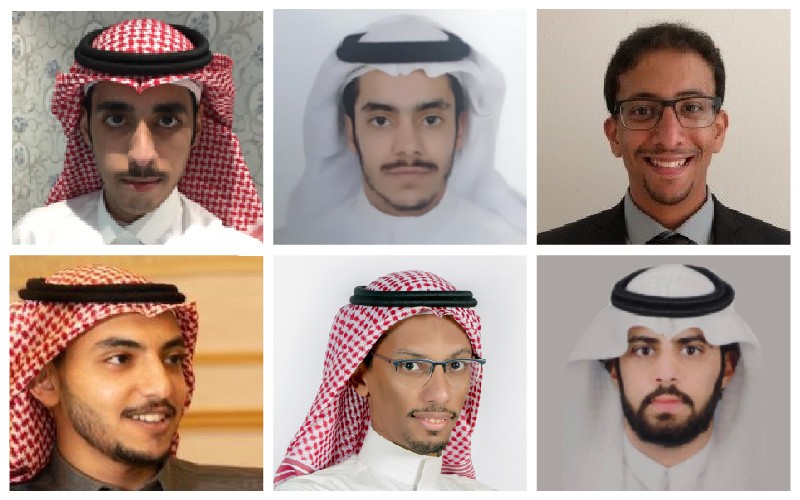 Riyadh, KSA, 20 January 2021: ACWA Power, the leading Saudi developer, investor and operator of power generation and water desalination plants, has announced the three winners for its youth driven initiative - ‘The Power is Within You’.

A judging panel comprising senior leaders from ACWA Power and its flagship institute, The Higher Institute for Water and Power Technologies (HIWPT) selected three of the most innovative ideas to receive 90 days of incubation and development support, following an extensive screening and selection process of online entries, and virtual presentations from shortlisted applicants.

Based on the merits of their ideas; gauging creativity, feasibility and sustainability; Mohammed Alnakhli and his team from the Ministry of Energy; Abdulaziz Abdullah AlGhamdi, Luay Kattan, Riyadh Alharthi, and Abdulaziz Algethami from Taif University; and Ahmed Allehyani from the University of Jeddah, were announced as the winners of the initiative, in product, service and technology categories respectively.

The Power is Within You was launched on the 90th Saudi National Day to empower youth in the Kingdom to create, ideate and innovate three specific categories within the power and water sector, inspired by ACWA Power’s commitment to playing a role in the fulfillment of Vision 2030 and its successful track record of utilizing cutting-edge technology to transform operations.

Out of over 130 entries received, 9 candidates were shortlisted to present their ideas to the judging panel, of which the three winners emerged successful.

As a proud Saudi company, we firmly believe in the vast potential of our youth, and this initiative - The Power Is Within You - is an extension of our efforts to empower the next generation in line with the key themes that embody Vision 2030. I would like to congratulate the winners, who have demonstrated their passion and creativity through their ideas and thank everyone who participated with great enthusiasm and interest in this initiative.  It is this shared drive and ambition that has put ACWA Power at the forefront of the energy transition in Saudi Arabia and beyond, as we continually strive to push boundaries in technology and innovation to enable socio-economic progress across the markets we operate

The Power Is Within You is a proud addition to ACWA Power’s longstanding and far-reaching efforts to positively impact local communities. We were delighted to receive such a high number of entries from Saudi youth, and the exceptional quality and caliber of entries was remarkable to see. The judging panel carefully deliberated on each entry, analysing the level of thinking, effort and creativity that these young candidates have invested in this initiative as well as the market-use potential and impact on the industry. We are very excited to work with the three winners on incubating and developing their ideas that all have the potential to be revolutionary for the Kingdom

Paddy Padmanathan, President and Chief Executive Officer at ACWA Power and a member of the judging panel
„

The competition was supported by the HIWPT, an ACWA Power founded vocational training institute that develops and nurtures young Saudi talent, equipping them to work in the power generation and water desalination sectors.

Power and water sectors form vital services for any country and need fresh thinking and perspective to continue to thrive. With our history of preparing young Saudis for career building opportunities in these fields, we appreciate and commend the enthusiasm with which our nation’s youth have participated in this initiative and are proud to play a role in supporting the development of the next generation of innovative industry leaders

Mohammed Alnakhli and his team will move forward with their winning idea under the product category for a demand-side management control for household appliances to address solar PV intermittency, regulate consumption and increase efficiency.

Under the service category, the Taif University team’s innovative idea for using UAV drones for the inspection, monitoring and maintenance of solar PV panels is a creative solution that will help reduce costs, manpower and time taken to address any issues.

Finally, Ahmed Allehyani was the winner for the technology category, presenting his idea for a new converter to step up the voltage of PV panels to support renewable energy applications ranging from grid integration and solar powered water desalination systems.

The three winners will now take part in a 90-day incubation programme to further explore and develop their ideas through a dedicated training and mentoring process, guided by ACWA Power experts and supported by the Higher Institute for Water and Power Technologies (HIWPT) with potential internship roles available after the incubation period.