Project Completed Ahead of Schedule with 6.4m Working Hours and Zero Accidents or Injuries

Salalah, Oman, For Immediate Release, 8th March 2018: The Greenfield Salalah 2 IPP project, with an aggregate capacity of 445 MW, and an investment of US$ 465m, was inaugurated by ACWA Power today in an official ceremony under the patronage of H.H. Sayyid Shihab bin Tariq al-Said, advisor to His Majesty Sultan Qaboos bin Said Al Said, who was accompanied by high level dignitaries including government officials and other senior public representatives. 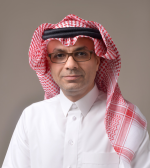 We are delighted to launch the commercial operation of Salalah 2 Independent Power Plant, adding a new achievement to the record we have achieved in collaboration with Omani leadership and technical capabilities. Our record there reflects ACWA Power’s strategy in employing our projects in enhancing the efficiency of Omani power grid, raising the economic value of our projects within Omani economic GDP, enhancing the local content and value chains for the project through allocating 23% of its investment cost in using the local companies in implementing its requirements and needs.

The project recorded 6.4 million hours of safe work in all stages of development with zero injuries or accidents, and was accomplished ahead of time, with the highest level of quality, safety, and security.

We are pleased to have achieved commercial operations ahead of schedule and to begin to supply much needed additional power to the region. Power demand in Oman is rapidly increasing and we look forward to continuing our work with OPWP and our partners to reliably and cost effectively deliver power in Oman.

The project, owned by the Dhofar Generating Company, was developed by a consortium of Mitsui, ACWA Power and Dhofar International Development and Investment Holding Company.

Eng. Naef bin Mohammad Al-Awaed, CEO of Dhofar Generating Company said: “The Salalah 2 Independent Power Plant contributes to the development of the local community and meets the steady increase in industrial, economic and social activity in the province and the Sultanate as a whole.”

He added that the project will help in attracting more investment to the region in various fields such as import and export, infrastructure construction, projects that require significant electrical power, tourism, as well as improving the electricity supply in the province of Dhofar, keeping up with the pace of urban expansion in the area.

The plant, consists of four gas turbines with four heat recovery steam generators and two steam turbines, and was completed ahead of schedule with zero hours of lost time injury. The greenfield plant has been designed for a lifecycle of 30 years and adds to the capacity of the existing plant in Raysut, which has a capacity of 273 MW.