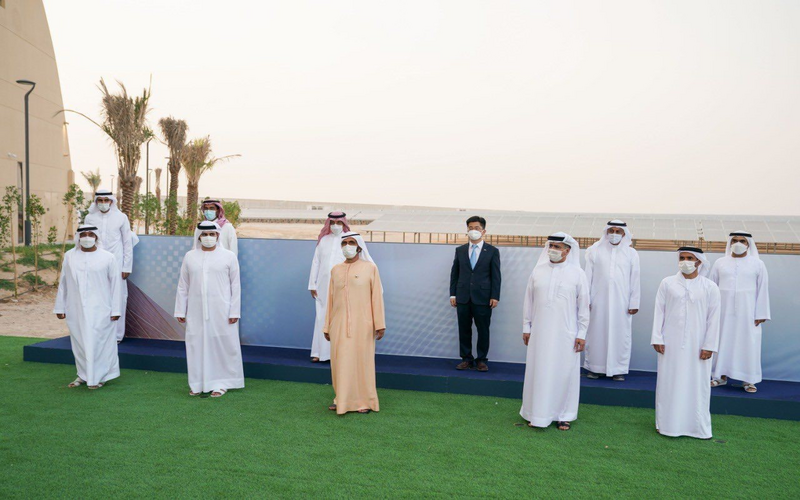 Dubai, UAE: 23 August 2021: ACWA Power, a leading Saudi developer, investor, and operator of power generation and water desalination plants, announced the official inauguration of the 300 MW first stage of the 900 MW Shuaa Energy 3 PSC, the fifth phase of the Mohammed bin Rashid Al Maktoum Solar Park in Dubai. The ceremony was held under the patronage of HH Sheikh Mohammed bin Rashid Al Maktoum, Vice President and Prime Minister of the UAE and Ruler of Dubai, and in the presence of several notable Dubai government figures, as well as HE Saeed Mohammed Al Tayer, Managing Director & CEO of Dubai Electricity and Water Authority, and Mohammad Abunayyan, ACWA Power’s Chairman.

The inauguration of the project marks another transformative moment in Dubai’s continued energy transition and energy diversification strategies, and its development plans. The 900 MW fifth phase was awarded to an ACWA Power led consortium at a world record tariff of 1.6953-dollar cent per kWh last year and brings the current production capacity of the Mohammed bin Rashid Al Maktoum Solar Park to 1,313 MW.

Once fully operational, the Mohammed bin Rashid Al Maktoum Solar Park will be the largest single-site solar park in the world based on the Independent Power Producer (IPP) model, with a planned production capacity of 5,000 MW, saving over 6.5 million tonnes of carbon emissions annually.

Shuaa Energy 3 PSC is the special purpose vehicle incorporated for the project, with 60 percent owned by the Dubai Electricity & Water Authority (DEWA) and the remaining 40% split between ACWA Power and Gulf Investment Corporation (GIC).

The inauguration of the first part of the fifth phase of the Mohammed bin Rashid Al Maktoum Solar Park in Dubai reinforces ACWA Power’s commitment to supporting Dubai’s ambitious strategy to balance economic growth and environmental sustainability, contributing to Dubai’s reputation as a global player in green economic transformation, and a driver of global carbon footprint reduction

“I would like to express my sincere gratitude, on behalf of ACWA Power, to HH Sheikh Mohammed bin Rashid Al Maktoum, for both his attendance and this inauguration ceremony, in recognition of this momentous achievement, which was executed in record time – under 12 months – despite the negative operational impact of the pandemic. None of this would have been possible without the support of our long-term partner, the Dubai Electricity and Water Authority, led by HE Saeed Mohammed Al Tayer, who have been invaluable throughout in the delivery of this project at the highest safety and quality standards,” continued Abunayyan.

Shuaa Energy 3 PSC is expected to power 270,000 residential units, and offset carbon emissions amounting to 1.18 million Tons per year in Dubai. The project will use the latest bifacial photovoltaic solar panels, which captures sunlight on both sides of the panel and produces energy with an advanced solar tracking system to increase generation efficiency by 20%. 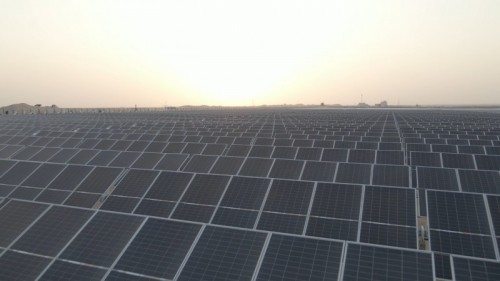 The project will feature a state-of-the-art automated solar panel cleaning system, with 2662 automatic cleaning robots positioned around the plant. The system guarantees a cleaning factor of 99.3%, further optimising the productivity and operational capability of the plant.