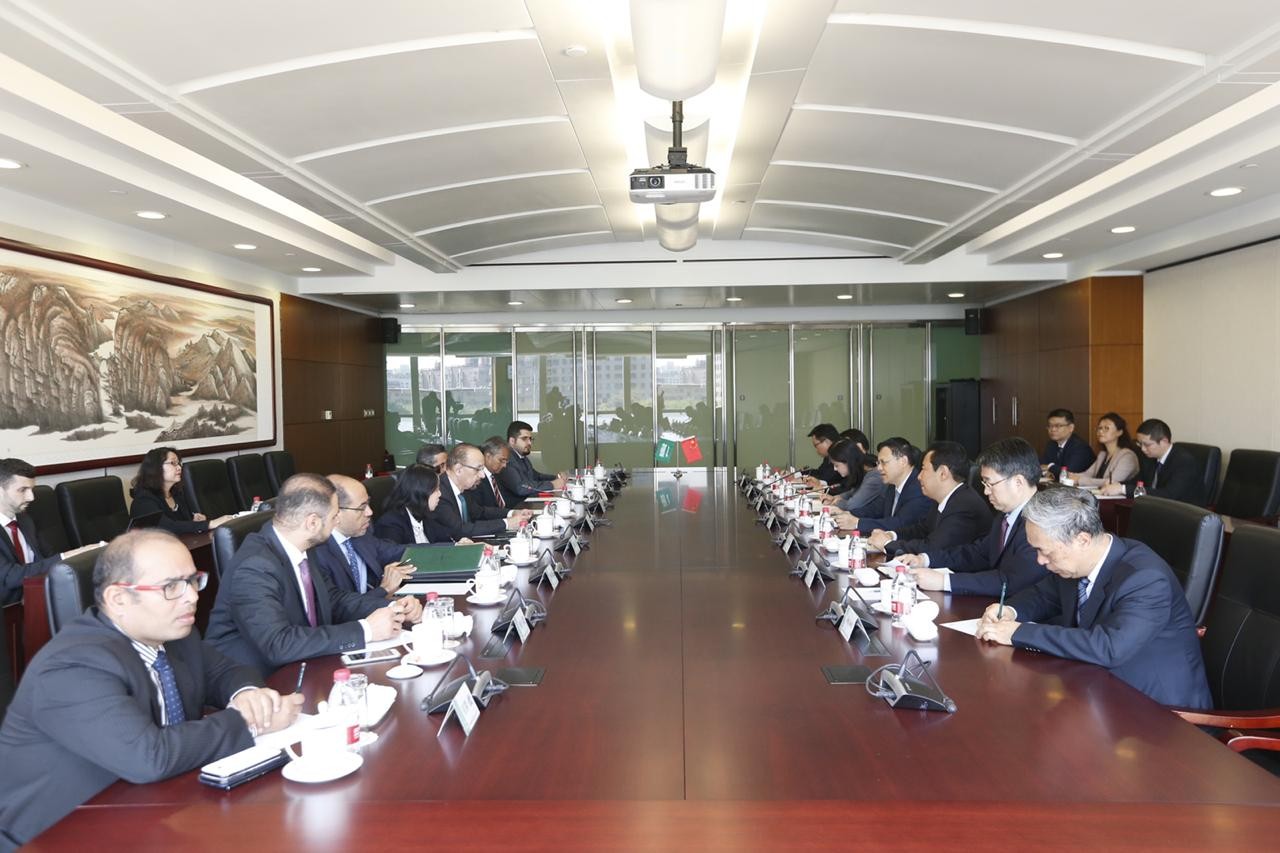 ACWA Power, a leading developer, owner, and operator of power generation and water desalination plants has signed strategic agreements with three renowned Chinese entities on the sidelines of the second Belt and Road Forum for International Cooperation (BRF). The agreements with PowerChina, China Gezhouba Group Company (CGGC) and Bank of China will lay the ground for collaboration in key investments and further involve Chinese expertise in manufacturing power generation and desalinated water production plants that ACWA Power develops and operates.

The sum of growing collaborations between ACWA Power and Chinese entities only solidifies the relationship of trust and companionship between us and our Chinese partners. It goes beyond merely conducting business – it is a reflection of the robust Saudi-Chinese ties that we have nurtured along the years. As a leading developer of power and water assets committed to supplying water and electricity at low costs while driving investments, it is always a pleasure to work with entities that complement our business model and continually amplify on the work we deliver. We are confident these partnerships will open new doors of collaboration on future and grander projects across the world.

Followed by the first signing, ACWA Power entered into an agreement with China Gezhouba Group International Engineering Company (CGGC Intl). Mohammed Abunayyan, Chairman of ACWA Power, signed a Cooperation Agreement with Mr. Lyu Zexiang,Chairman of CGGC Intl which outlines that CGGC was announced as the official EPC contractor in 2018 for Nam Dinh 1, a Greenfield Independent Power Project (IPP) located in Vietnam. CGGC will also assist sponsors to obtain project finance from Chinese financial institutions. Co-developed by ACWA Power and Korean Taekwang Power, the project was finalised at a total investment cost of more than US$2.4 billion with the first phase yielding a production capacity of 1,200 MW.

ACWA Power concluded its agreements with a MoU signed between Rajit Nanda, Chief Investment Officer at ACWA Power, and Mr. ZHANG Wei, the General Manager of Bank of China (Hongkong) Hochiminh City Branch. The MoU incorporates general financial service agreements for Nam Dinh 1 IPP. The Bank of China is one of the four biggest state-owned commercial banks in China and is the official leading financing bank for Nam Dinh 1 IPP.

On the 26th of April and in the presence of Chinese President Xi Jinping, Mohamed Abunayyan attended the opening ceremony of BRF alongside foreign heads of state and government officials, and selected delegates from over 100 countries and international organisations.