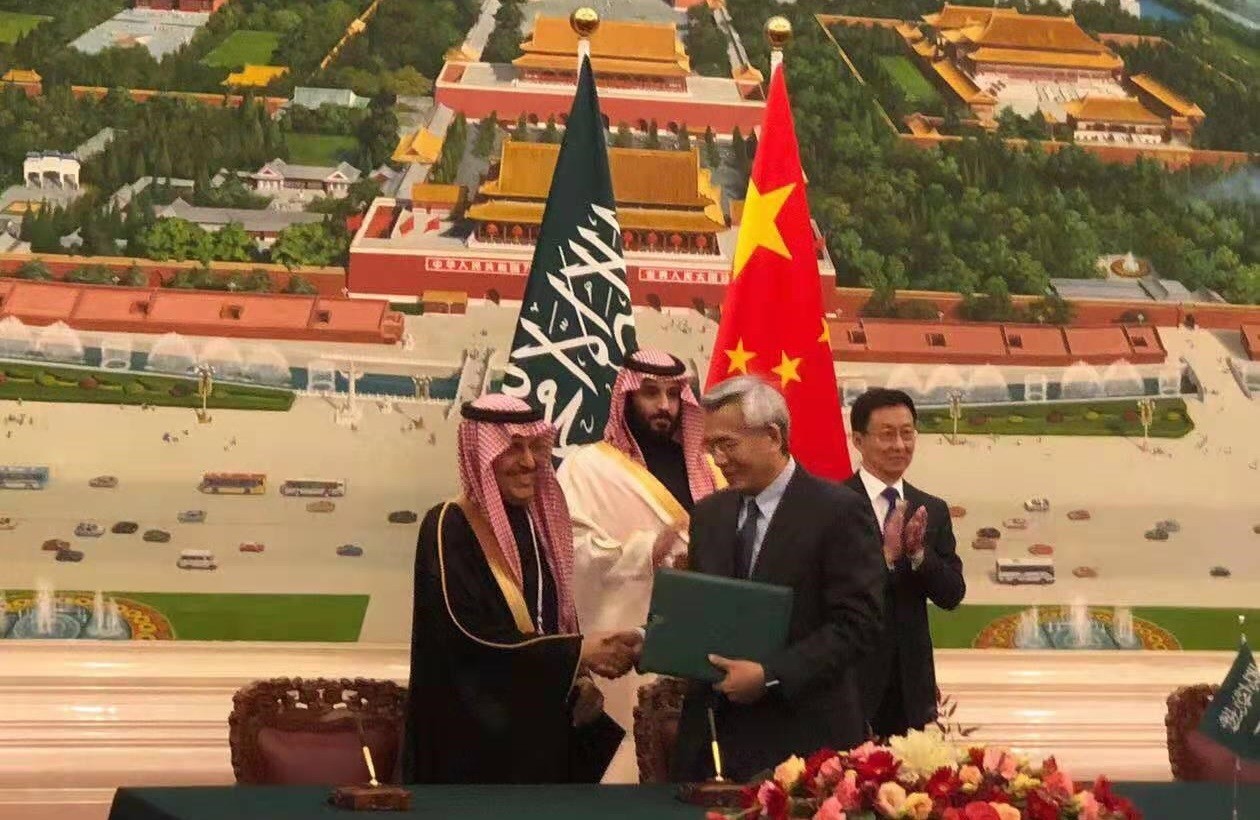 There has been a new wave of industrial scale investment, the ripples of which have been rolling out from China for the past five years.

This wave is the result of the Belt & Road Initiative (BRI), the establishment of the Silk Road Fund (SRF) in 2014 to support it, as well as the support from other Chinese financial institutions

These initiatives proposed by President Xi Jinping of China, form a grand vision of cultural exchange and integration in both international & domestic markets, by co-operating in the building of the necessary Transport, Rail, and Energy infrastructure.

The most visible results of the evolution of energy infrastructure is in the Middle East & North Africa, a region with an abundance of resources in terms of land, and being situated within Earth’s sunbelt countries; where the sun shines more than 350 days each year on average, to transform their future energy policies.

With an ever-increasing population, the need for long-term sustainable low-carbon renewable energy sources, and the physical space, in terms of geography, countries are invested in implementing ground-breaking new infrastructure.

In addition, the region is actively transitioning away from traditional fossil-fuel production, as the effects of a changing global climate are causing major concern and requiring a thorough re-think as to how to power the future.

Within this landscape, China’s relevant expertise and experience as a leading manufacturer hub of renewable energy equipment that is easily transferrable to the MENA region as well as its huge investments in and around the Middle East cannot come soon enough.

Every year, the levels of air pollution in the Middle East are far above what is internationally considered acceptable. As our populations grow, the need for electricity to power desalination plants to meet the demand for potable (drinking) water is equally vital in securing a future for all who live in the Middle East and North Africa.

It has to be remembered that not all the countries of the Middle East have abundant fossil-fuel resources, or sufficient access to drinking water, which makes the development of solar-based renewable energy the ideal response to increasing demand for Electricity/Water in these areas. Even in resource rich areas like Saudi Arabia, there is the strategic ambition to move from oil to solar so that the fossil fuel can be put to other uses – making the need to develop renewable sources a key priority.

With the competitive financing, technology, workforce skills, for design and construction of renewable energy plants readily available from China, the country is slowly but steadily beginning to change how the Middle East renewable energy infrastructure is being built and has agreements for much more. The scale-up of the region’s renewable energy sector is due in part to Chinese injection of technical know-how, involvement in project manufacturing localisation and the creation of job opportunities which also boost the sustainable development of Middle Eastern countries.

While China is supplying the investment, materials, goods and services, the choices of project type and location, are decided by the individual countries and key developers themselves – ensuring best fit solutions.

Developments will include new desalination solar powered plants, capable of providing sufficient clean potable water for the nations of the Middle East, in locations previously seen as uneconomic.

With such opportunity, there also comes responsibility, to provide a long-term viable future for new energy storage. The ability of the newest solar power generating plants to supply a stable supply of energy around the clock, as seen in concentrated solar plants, marks a tipping point in the practical use of sustainable renewable technology.

China’s overtures to join in and assist financially has already resulted in the construction of these designs being underway, today.

Chinas involvement could extend to Moroccan and Jordanian large-scale solar-based energy installations that are being built in order to reduce the need for imports, as well as lowering their carbon outputs as a result.

Estimates of these initiatives supported by China suggest that it is the largest ever investment in infrastructure & projects the world has ever seen.

So far, over 68 countries which includes over 68% of the global population, have reached out to China to co-develop all kinds of new and necessary infrastructure, which will create the conditions to ensure their respective futures are mutually beneficial.

It demonstrates that the need for such long-term investment is clearly there, and properly managed by the individual local partners, will yield equally long-term rewards for all the nations currently involved.

This is why energy infrastructure is one of the largest sectors that has seen the true value in spending in terms of time and money, in developing and building some of the newest and technically advanced renewable infrastructure projects utilising low carbon and sustainable technology.

China’s assistance with the energy transition in the Middle East is harnessing the ability to explore and develop new technologies aiming to reduce carbon and produce renewable clean energy today.

With the many and various projects across the Middle East already coming on stream, or currently under construction, powering the future of the region should be assured.