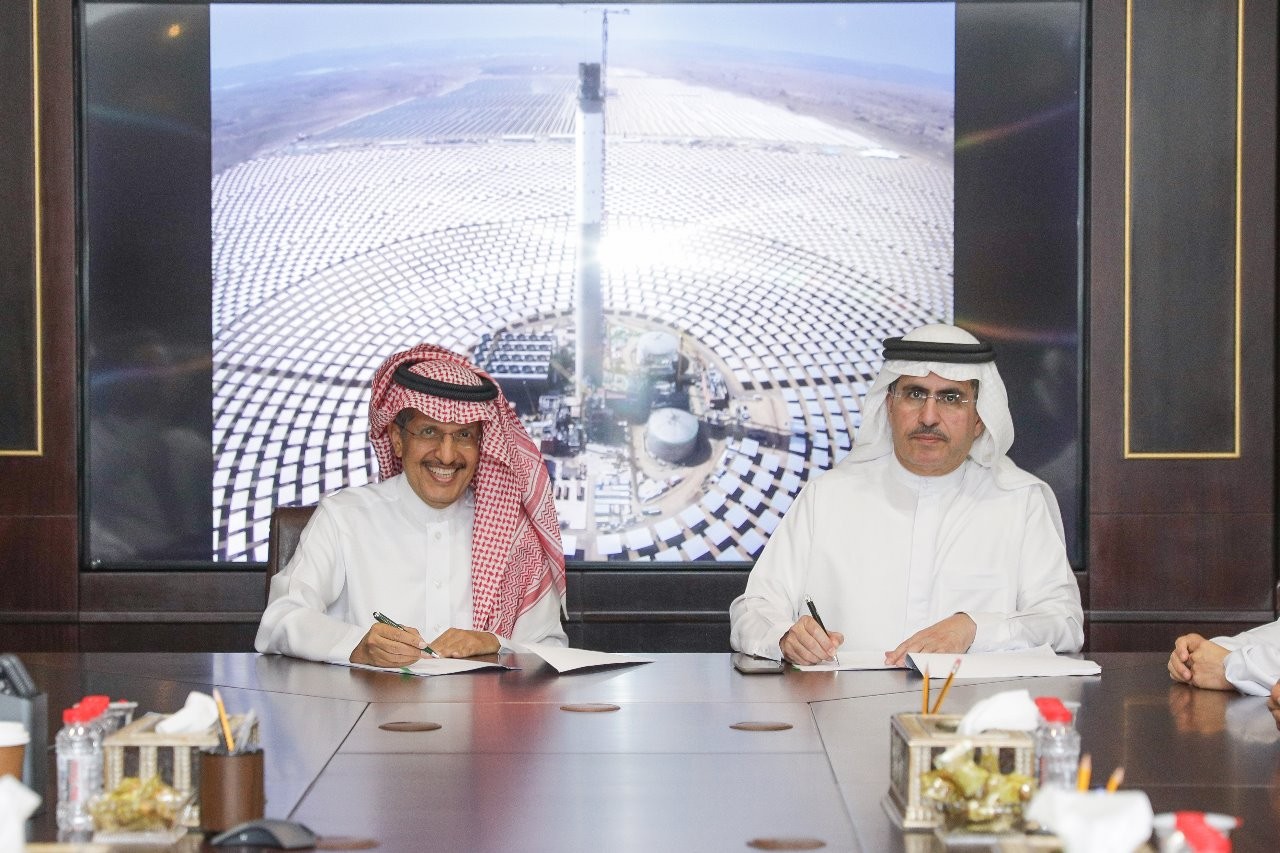 Dubai Electricity and Water Authority (DEWA) and ACWA Power have signed an amendment to the Power Purchase Agreement (PPA) for the fourth phase of the Mohammed bin Rashid Al Maktoum Solar Park in Dubai. The amendment includes the addition of 250 MW of Photovoltaic solar panels as an extension to Noor Energy 1 at the world’s lowest cost. Following the amendment, the total investment for the ambitious project has reached AED 16 billion.

The ACWA Power led consortium was awarded the development, implementation, and operation of Noor Energy 1, which is the fourth phase of the Mohamed bin Rashid Solar Park: the largest single-site solar park in the world.

The project, initially expected to deliver 700 MW of energy, will use a state-of-the-art combination of the world’s tallest 260-meter-high solar tower that will generate 100MW, three stations of parabolic trough concentrated solar power (CSP)each producing 200MW, and 250MW generated from photovoltaic panels to yield a total capacity output of 950MW.

“We are working to achieve the directives of HH Sheikh Khalifa bin Zayed Al Nahyan, President of the UAE, and HH Sheikh Mohammed bin Rashid Al Maktoum, Vice President and Prime Minister of the UAE and Ruler of Dubai, to anticipate the future of the UAE, where sustainability is a lifeline and a basis for progress and leadership for its upcoming generations. We contribute to the efforts of transforming Dubai into a global hub for clean energy and green economy, making the Emirate the city with the lowest carbon footprint in the world. The Mohammed bin Rashid Al Maktoum Solar Park is the most critical project in support of the Dubai Clean Energy Strategy 2050 which aims to provide 75% of Dubai's energy from clean sources by 2050. The Solar Park will have a production capacity of 5,000 megawatts by 2030 and total investments of AED 50 billion, accelerating the shift towards the adoption and use of solar energy,” said HE Saeed Mohammed Al Tayer, MD & CEO of DEWA.

We are pleased to have signed the amendment agreement which will undoubtedly augment the capabilities of Noor Energy 1 and enhance its production capacity to 950 MW, while ensuring the plant retains its status as the largest concentrated solar power plant in the world with the ability to generate energy round the clock through the world’s largest energy storage capacity of 15 hours. This project cements ACWA Power’s pioneering position in leading the global renewable energy transformation; and it testifies the strategic partnership between ACWA Power and Dubai Electricity and Water Authority (DEWA) which serves as a model for successful partnerships between the public and private sectors that are capable of establishing revolutionary projects and pioneering programs that constantly bolster the renewables sector.

The fourth phase has attained the world’s lowest Levelised Cost of Electricity (LCOE) of USD 7.3 cents per kilowatt hour (kW/h) for CSP technology; and is anticipated to have the largest thermal energy storage capacity in the world of 15 hours, which allows for energy generation round the clock.